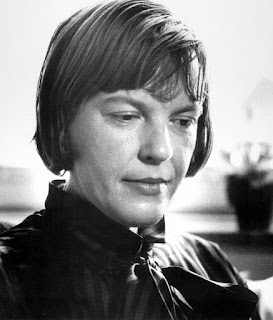 "Poetry like bread? This bread would have to be ground between the teeth and to reawaken hunger before appeasing it. And this bread will have to be acrid with knowledge and bitter with longing--to have the power to trouble people's sleep. For we are sleepers. We are sleepers out of fear of having to look at ourselves and our world."


We're often told poetry is a staple of life, just as bread is, and as such should be available to everyone. If so, Ingeborg Bachmann (1926-73) described in her 1959 Frankfurt Lectures the kind of poetry she thought modern readers needed. Bachmann is widely considered one of the most important European writers of the postwar period. The first full-scale biography of her appeared in 2013.

The links below include Peter Filkins' superb translations of two of Bachmann's poems and her readings of both of them.